Patterns in Fantasy book titles Fantasy books are a wonderful genre within literature. With their brick sized formats and series spanning a dozen books or more, many amazing worlds, very different than ours, have been created by their writers.

I've been a fan of the genre since my teenage years and I've always had the idea that the titles of Fantasy books seem to follow certain patterns. To investigate further, I took the top 100 best-selling Fantasy authors from Amazon (± Nov '16) and the top 10 (max) books of each of these authors from Goodreads. This resulted in a dataset of about 850 books.

Using text-mining on the titles of the books I looked for general subjects/terms, such as fire, royal, time, & more. Finally, these titles were clustered in a 2-dimensional plane, which placed books with similar themed titles together.

Although most authors appear to have their top-10 titles spread over the entire map below (hovering over a book for ±second will highlight all books by that author), some authors have a clear trend. Such as Charlaine Harris whose 10 books are all situated around death. On the other hand, J.R.R. Tolkien has his books spread from top to bottom.

Magic is the most common word in all titles. Followed by fire, dark, red & blood. In general terms relating to unpleasant things are more common than those relating to positive aspects. Nevertheless, titles relating directly to magic can be found throughout the visual, indicating that the one thing that binds fantasy books together is, not surprisingly, Magic

The visual below shows the resulting patterns found. Each ● represents a book. A ⌒ connects books by the same author. Areas of similar subjects in titles have been highlighted by colored oval areas and the corresponding term. See a more extensive legend below the visual.

Tip: use your mouse/trackpad or ctrl/cmd+ to zoom in on the visual so all the titles become readable.

Tip: use your fingers to pinch/zoom into the visual so more titles become readable. Or see a very large image. Also, the desktop version looks better & is interactive!

Since books by the same author are connected through curved lines I wanted to add a personal touch by highlighting my favorite authors & books. The colors below correspond to those in the visual above. 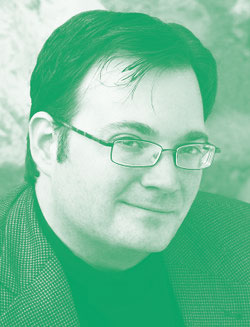 My absolute favorite author. I started with Mistborn, intrigued by the concept of how the world continues when the "hero" wasn't able to save the day. But it was so much more than that; epic, funny, wonderful magic system. I truly like/love all of Brandon's books. His masterwork the Stormlight Archive especially. 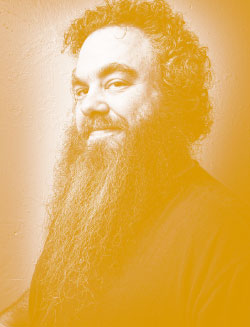 Started reading the Name of the Wind (part of the Kingkiller Chronicle) when I saw that Brandon recommended him on his site and my gosh what a great story! It's for the same reasons as Brandon; epic & complex magic systems, funny, fast paced & filled with small references to a bigger story.

Yes, I was about 11 when I discovered Harry Potter... So she's one of my favorites due to the nostalgic feelings I still get when thinking about this series.

But besides these 3 authors I have highlighted several favorite books from Terry Goodkind's Sword of Truth series that started my love for the fantasy genre and recently I also enjoyed Brent Week's Night Angel trilogy.

If you're also a fantasy fan you may have noticed that some big names are not part of my favorite group. This is most likely due to me not having read them. Even though I love fantasy, I don't actually read that often, there are so many other things that I spend my time on (such as creating these kinds of visuals).

So if your favorite fantasy author isn't part of my top 3, try to think about the titles of their books and search for their general themes in the map above. Hopefully you'll be able to pick up the "thread" that connects your favorite author's books.

The animationimage below shows how to interpret the smaller circles and lines that surround the large book circles. Each letter of the title is marked as a small dot around the big main circle, where a is on top. The other letters are located evenly around the circle. Letters within a word are connected by swooshing arcs. This results in unique patterns for each book title and highlights which letters are most common in a title.

I've made a distinction between favorite books, which are completely filled with a color. And books by one of my favorite 3 authors, but which are not truly my favorite books (or I haven't read them). The latter are only stroked with the author's color, but the circle itself is white.

Finally, the books are scaled according to how many ratings it has on Goodreads. The author links between the books are also scaled, the higher in the Amazon author top 100 the thicker the line between books.

Read about the design process in this blog